Pictured with the lady of the evening, Billie Jean King and Carla Renata. 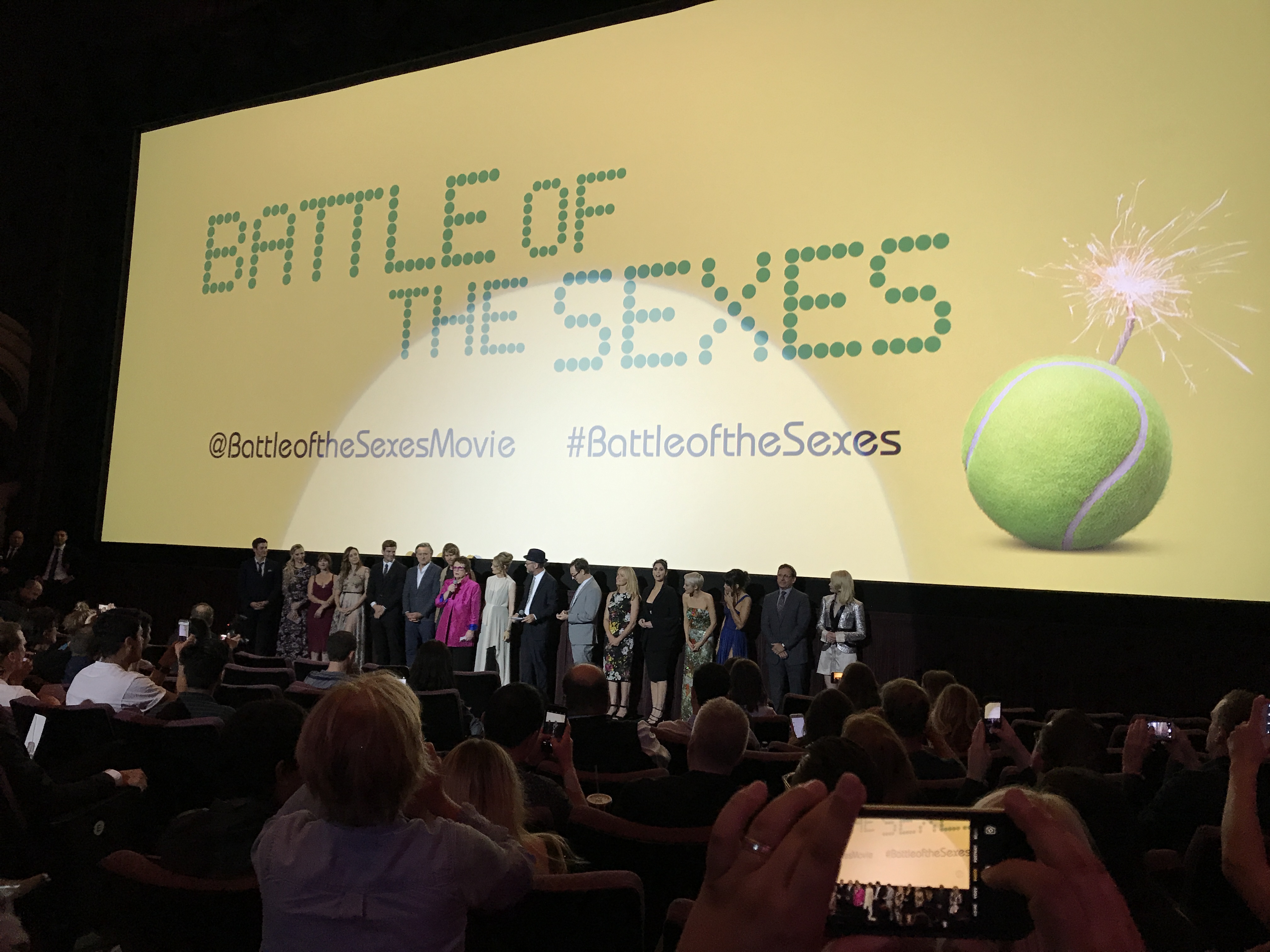 The entire cast with directors before the world premiere at the famed Westwood Village Theater.

The Battle of the Sexes tennis match was the type of event that makes everyone stop and remembers what they were doing when it aired.  It was an unforeseen, monumental moment in sports history.  The battle brought in over 50 million views from around the world.  Those are great viewership numbers for today, not to mention 1973 when the game-changing match took place in Houston, TX.

Billie Jean King became a pioneer for women and equal pay at a time when it was publicly accepted to belittle and underpay women for performing the same jobs as men.  Mrs. King seemed to be unbothered by the intimidation that she faced and consistently had to fight against.  She knew what she believed in and was on a mission to defeat chauvinism throughout the game of tennis.

Battle of the Sexes takes a very intimate look into Billie Jean King’s life, often sharing her determination and the incredibly strong will that lead her to have the biggest influence for women gaining equal pay to this very day, in the world of tennis.  There is a heavy emphasis on her love life taking you into her selfless marriage to Larry King who fully supported her mission for equal pay amongst women.  In this first-ever theatrical debut on King’s legacy, a great deal of focus is on her world wind love affair with her hairdresser who ultimately uncovers Billie Jean King’s attraction to women.

Billie Jean and Bobby Riggs both had very competitive spirits on and off the court.  The idea to have the match was of Riggs as he wanted to regain his lost stardom and make a lot of cash to put it frankly.  I’d say it’s safe to say that together, they did both!  Battle of the Sexes covers trials and tribulations, triumph and defeat and highlights that with determination anything can be accomplished. Billie Jean King and Bobby Riggs smile during a news conference in New York to publicize their upcoming match at the Houston Astrodome, July 11, 1973. (AP Photo)

Battle of the Sexes grand slams into national theaters September 22. 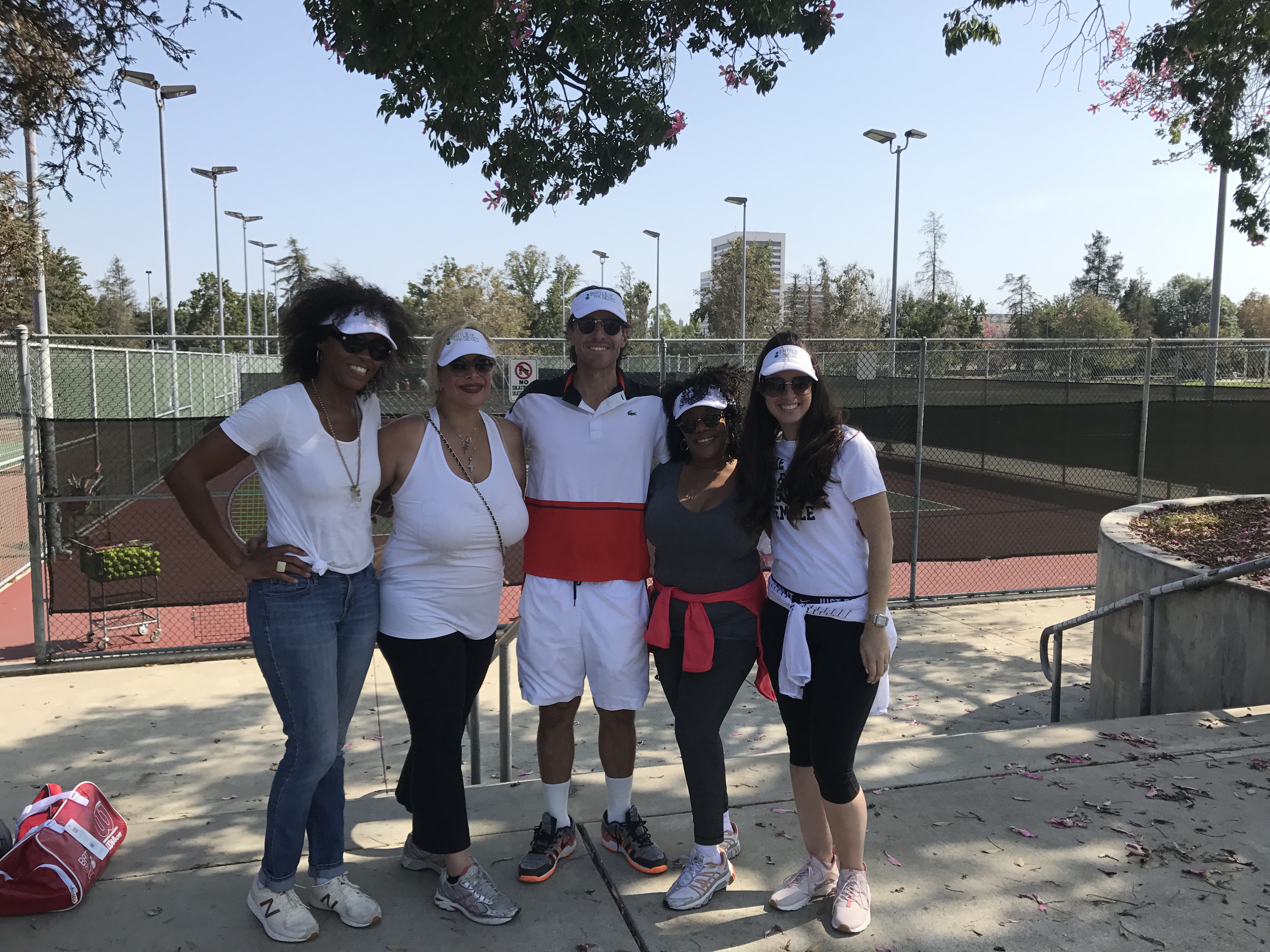 Before the world premiere, I was a part of a tennis clinic hosted by esteemed tennis player Vince Spadea!  He has played professionally in the Australian Open, French Open, Wimbledon, US Open and of course the 2004 Olympic games representing the USA!

We met at the Westwood Tennis Courts on Saturday morning.  I think most of us thought we were just going to look on and maybe participate or maybe not.  Much to our surprise when we met Vince Spadea, we ended up being broken into teams went through a sort of tennis 101.  A couple of people had played before but for me, it was one of the few sports that I had not tried.  He showed us three basic moves and said if you stay away from those then it’s not tennis it’s something else.  It’s cheating!  It was an enjoyable experience, despite me spraining my ankle.

Austin Stowell showed up and was Mr. Personality.  He was great to chat with on filming Battle of the Sexes. 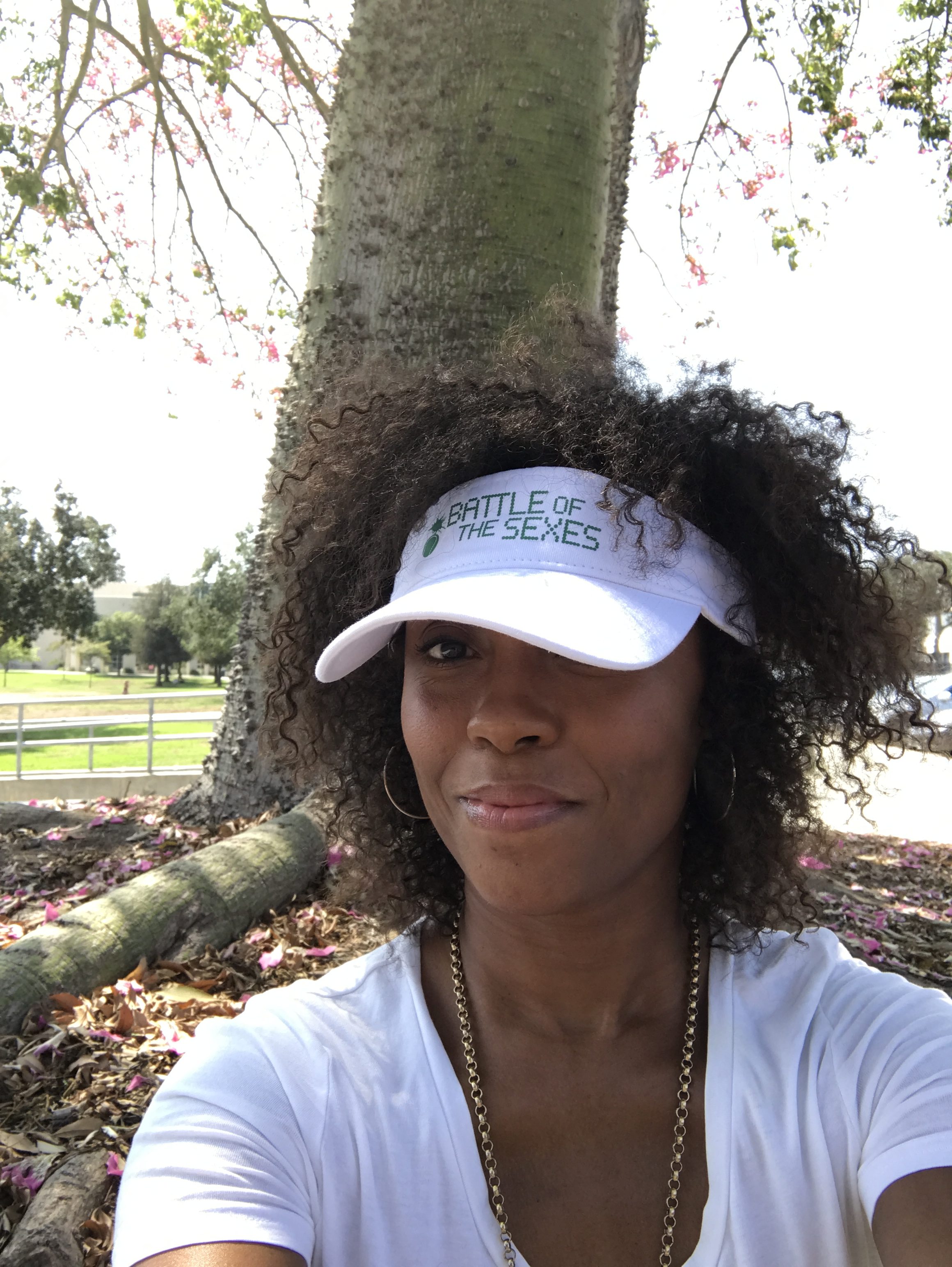 The Mindy Project, 6 Seasons of Style Curated by Salvador Perez

Only In L.A., Two Bit Circus Enters the Incredible World of Micro Amusement Parks By Way of S.T.E.A.M.

Time for Me at Glen Ivy Spa

The Mindy Project, 6 Seasons of Style Curated by Salvador Perez