*This post is in partnership with Warner Bros. Pictures*

Get Yeti for the Cast of Smallfoot

It was almost an ordinary sunny day in LA, until we walked through the doors of the Yeti Village in Hollywood.  Once inside it was breathtakingly beautiful and chilly!  In conjunction with the film, Smallfoot, Warner Bros. created a larger than life sized Yeti Village Pop Up.  There were giant Yeti foot steps, a swing taking you into the clouds and an opportunity get on stage at the Yak Shack and of course lots of snow!  This was a brilliant way to set the tone for the interviews with Small Foot’s cast members, Channing Tatum, Common and director Karey Kirkpatrick.

During our discussion both Channing and Common shared what they liked about the loveable characters they portrayed and the awesome original motion picture soundtrack.  Director Karey Kirkpatrick took us into the six year labor of love that was required to get Smallfoot to the big screen.

When Tatum and Common walked into the room, the energy went through the roof!  You could actually feel the good vibes between the two of them.  This lead to Channing breaking the ice with a joke saying he learned that Common can rap to anything and make it sound amazing.  We all agreed!

And it’s easy to know that change needs to happen if things aren’t good. But, in his mind, things were literally perfect, and he didn’t want anything to change. – Tatum Channing on Migo

For Tatum he admired that Migo is a believer and perfect for this journey because of that.  He was in a sense, living in bliss. A series of events occur in the movie that start to show Migo another side to life.  Channing felt it was a rather scary story for Migo because he thought his world was perfect.  He has something that suddenly comes into his world that completely knocks out a pillar of truth in his life making him rightfully question if anything is real.

Channing enjoyed portraying Migo’s many characteristics including being strong, brave and loyal.  He brought to life how Migo’s upbringing showed him in the light of many kids today, facing real life challenges and how he respects his father and the Stonekeeper.  He does all this while also representing the truth, ultimately leading him to go past the breakers to see what’s out there.  This is where the adventure begins.

I enjoyed the Stonekeeper because he had this thing where even when things were a little bit in turmoil he knew how to try to keep things on the right track.  He has the charisma to try to bring all the Yeti’s together.  He had a leadership quality that I liked. – Common on Stonekeeper

The Stonekeeper’s leadership and charisma resonated with Common.  There was not always complete favoritism towards his character due to his complex responsibility as the keeper of the stones that required him to withhold the truth from his village.  Common respects that his character’s actions were all done for the protection of his (Yeti) community.  He affectionately joked that he liked that the Stonekeeper was a really good rapper.  I really enjoyed the Smallfoot score, all performances get a thumbs up! 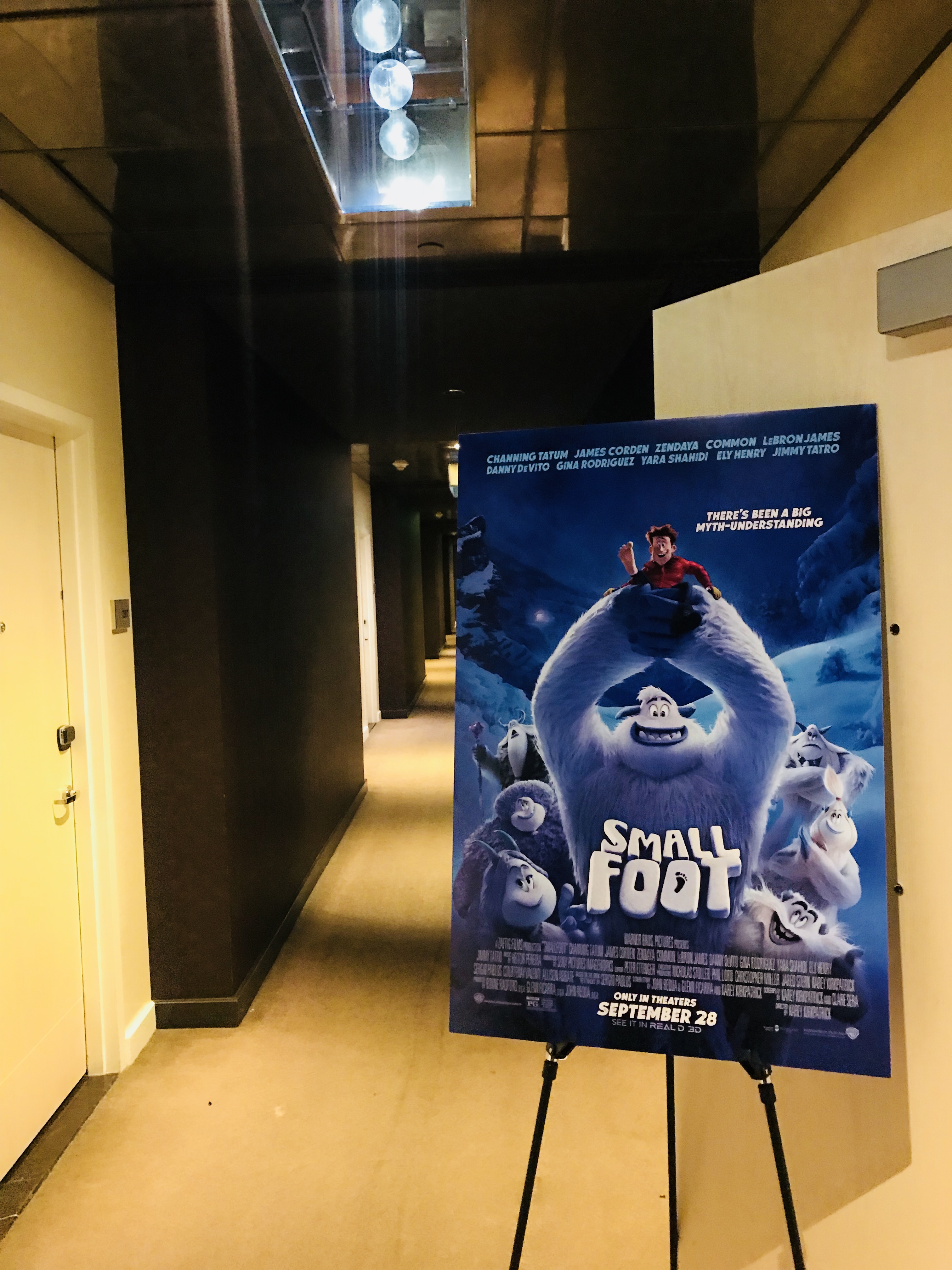 Yetis Sing and Rap Too

Both Tatum and Common had the opportunity to showcase their musical talents in Smallfoot.  This brought on new experiences for both actors.  Common is a lyrical master and storyteller and bringing the Stonekeepers skills to the forefront didn’t come without its challenges.  The norm for him is to write his own progressive and freely flowing rhymes.  For Smallfoot, he wasn’t Common, he was the Stonekeeper requiring him to work some else’s cadence.  His Yeti’s performance required his vocal delivery to have more confined rhythms, keeping things in the pocket a bit.  He shared that it challenged him to find the right rap voice of the Stonekeeper, an experience that he enjoyed.

Channing had a more spontaneous experience with the soundtrack.  He had no idea that he was going to make his singing debut on the Yeti film until about a month before we sat down with him.  His first reaction was to deny his singing abilities.  He said that director Karey only told him that they were thinking about a song too  open up the movie and the village and adds that they’d like him to talk sing like the first lyric and then the village would take over.    As time went on, about two years he said he was still only hearing tracks with just his voice.  To help Tatum get to singing  worthy of being on an original motion picture soundtrack a professional singer was brought in to sing the song.  He had a similar vocal pitch and range to Channing’s, showing him how to sing the song properly.  That was all Channing needed to hear and  the rest is history.  The Smallfoot original soundtrack can be found on Spotify.

Storyboarding and Writer to Director with Karey Kirkpatrick

Director Karey Kirkpatrick says that Smallfoot took six years to complete from start to finish.  Animation is unlike filming a movie because the story has to go through several iterations before it finds itself.  Smallfoot started with the premise of a spoof on the old myth about Bigfoot.  They just reversed the roles of the humans and the Yetis.  Once a couple of drafts of the script are written, the process switches to storyboard and this is where animation comes to life.  This allows you to experiment with the theme in the right way making it satisfying.

The process starts long before it gets into the hands of the actors.  Very early on they’ll use assistants and other willing volunteers to add the voice to the storyboard characters.  The process is so intense and lengthy that people involved early on have a tendency to burnout and lose their way and they have to bring in other people.  He came on as a writer in 2016 and Smallfoot had already seen many revisions.  The story wasn’t adding up.  Kirkpatrick was asked to rewrite it and everyone was happy with it.  To his surprise he was asked to direct it.  See all of the actors work in Smallfoot nationwide September 28.

An animated adventure for all ages, with original music and an all-star cast, “Smallfoot” turns the Bigfoot legend upside down when a bright young Yeti finds something he thought didn’t exist—a human.

News of this “smallfoot” throws the simple Yeti community into an uproar over what else might be out there in the big world beyond their snowy village, in an all new story about friendship, courage and the joy of
discovery.

*Thank you, Warner Bros. for hosting and allowing me to be a part of the Smallfoot press junket.  All opinions expressed are my own. #WBpartner #ad

Jack Black is Po in Kung Fu Panda and the 3rd Time is A Charm!!!